This is the statement from Publishers Lunch, slightly different from the one that was in Publishers Weekly, notably that it’s the longest sentence ever.
Demitria Lunetta's IN THE AFTER, the first book of a post-apocalyptic trilogy where the seventeen-year-old protagonist must survive in a world overrun by vicious, predatory creatures while protecting the abandoned two-year-old she finds in a desolate grocery store, until the pair finds refuge in a secretive survivors' colony called New Hope, to Maria Gomez at Harper Teen, in a good deal, in a pre-empt, in a three-book deal, for publication in 2012, by Katherine Boyle at Veritas (World English).
I’m going to start working on my edits for Harper Teen pretty soon, so my I’m taking off the next couple of weeks. I’ll be back in May with posts on the submission process, how book advances work, editing for your publisher, and more books I love. See you then!
Posted by Demitria at 7:28 AM 21 comments:

Email ThisBlogThis!Share to TwitterShare to FacebookShare to Pinterest
Labels: In the After

Books I Love – Game of Thrones by George R.R. Martin

Long ago, in a time forgotten, a preternatural event threw the seasons out of balance. In a land where summers can last decades and winters a lifetime, trouble is brewing. The cold is returning, and in the frozen wastes to the north of Winterfell, sinister and supernatural forces are massing beyond the kingdom’s protective Wall. At the center of the conflict lie the Starks of Winterfell, a family as harsh and unyielding as the land they were born to. Sweeping from a land of brutal cold to a distant summertime kingdom of epicurean plenty, here is a tale of lords and ladies, soldiers and sorcerers, assassins and bastards, who come together in a time of grim omens.

Here an enigmatic band of warriors bear swords of no human metal; a tribe of fierce wildlings carry men off into madness; a cruel young dragon prince barters his sister to win back his throne; and a determined woman undertakes the most treacherous of journeys. Amid plots and counterplots, tragedy and betrayal, victory and terror, the fate of the Starks, their allies, and their enemies hangs perilously in the balance, as each endeavors to win that deadliest of conflicts: the game of thrones.
A lot of you probably have already read this book, (as I did, ages ago) but in light of the new HBO series, I thought I’d give it a reread. It’s everything fantasy should be: a believable world, intriguing characters, and a page turning plot. It’s hefty at 700 + pages, but it reads really quickly.
A Game of Thrones is told from a lot of perspectives and there are a ton of characters to remember, some of which have the same name. It might be hard to keep the characters straight, but there is a nifty appendix in the back to help you out. I like that, while this is adult fantasy, half of the main characters are young adults/children, which gives it a YA feel, though the subject matter is definitely not YA.
This is actually the next book that we’re reading in my book club, so if you’re in the area, you should check it out.
Back next week.
Posted by Demitria at 7:33 AM 11 comments:

Email ThisBlogThis!Share to TwitterShare to FacebookShare to Pinterest
Labels: Books I Love

When Do You Give Up On a Book?

Over the weekend I gave up on a book. Usually I hang on to the bitter end, but it was just so boooooooooooooring. I got a quarter of the way through and still nothing had happened. This is one of the first books I’ve given up on in a long time.
Here’s why I usually don’t give up:
1)      Out of hope. Some books redeem themselves.
2)      Out of stubbornness. I’m not going to let a book beat me.
3)      Out of respect. Someone poured their soul into their work, and an entire team of publishing professionals deemed it worthy. Even if I don’t like it personally, I try to figure out its merits.
So, what about you guys? Do you give up on books easily or stick it out?
Posted by Demitria at 7:27 AM 28 comments:

Email ThisBlogThis!Share to TwitterShare to FacebookShare to Pinterest
Labels: Random

Books I Love – I Am Number Four by Pittacus Lore 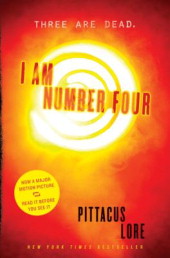 John Smith has just arrived in Paradise, Ohio, just another stop in a string of small towns where the 15-year-old has been hiding out from the Mogadorians. Those terrifying aliens are hellbent on destroying him and the other nine Loric children who have sought refuge on Earth. The Mogadorians are picking off the surviving kids in numerical order. The first three are dead and John's number is up. Will his Legacies, his defining super powers, develop in time for him to fight against the enemy?
I was so happy to read a book about an alien. Not just any alien, an awesome alien with weird superpowers who is just learning how to use them. Think superman with limitations other than kryptonite. In the world of YA, where vampires and angels rule, this book was very refreshing.
Number Four, aka John Smith is a great MC. He just wants to have a place where he belongs, but of course, knows he never will. He’s been running his entire life and there’s no end in sight. The secondary characters are all well developed and even the jerky jock’s actions are understandable. There’s a bit of “cheesy” romance, but a lot of YA fans like the mush and it’s not overdone. The love interest is smart, cool, and very likable.
The story progresses really well, answering questions in a well-paced way, just enough to keep you turning the pages. The two worlds (a small town on Earth and Four’s home planet of Lorien) are both believable without a ton of information being dumped on the reader. You really feel for Four, who has lost everything and is now faced with not only continuing his nearly extinct species, but also possibly saving another planet.
Pittacus Lore is a pseudonym, if you’re interested you can google who’s behind the book, but I’m actually sorry I did. It’s better to hold on to the illusion that the writer is a Lorien elder, although the book is in first person from Four’s perspective.
Anyone read this? I haven’t seen the movie, but I want to. It looks like they made the MC older and more badass.

Email ThisBlogThis!Share to TwitterShare to FacebookShare to Pinterest
Labels: Books I Love

I am extremely camera shy…I don’t like to be in photos, even as background to random tourists in snapping away. I knew I needed an author pic, but I always thought, “I’ll just wait until I get an agent,” then it was, “I’ll just wait until I get a book deal,” and with that final event come and gone, I couldn’t put it off any longer. I wanted to, but my editor needed a photo for the catalogue.
So, this is what I look like J Please be kind. And thanks to my fantastic friend Lucky for taking the photo. 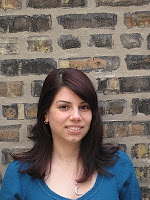 What about you guys, do you already have your author photo or are you like me and putting it off until the last possible moment?
Posted by Demitria at 7:03 AM 33 comments: